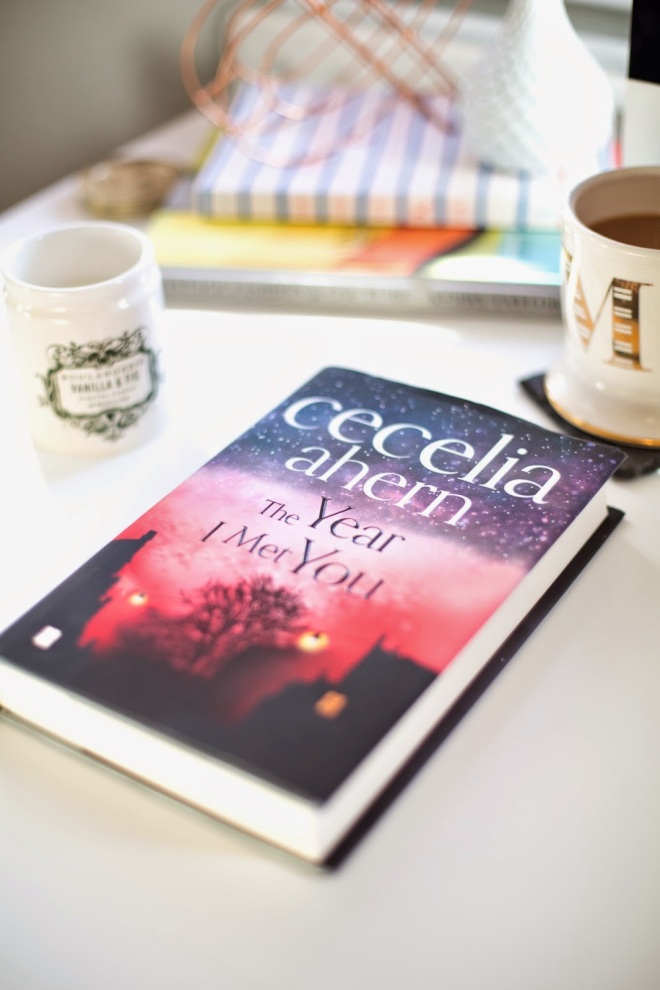 Posted on September 5, 2017 by rubydhal Posted in Writing

I adore Cecelia Ahern. I love every single thing about her. From her style of writing, to plots, characters, the story setting and the storytelling etc. Every single thing. So of course I cherished every page of this wonderful book written by her.

The unique aspect of The Year I Met You though is the fact that it’s told in second person. Meaning, the person who the main character speaks about is actually a ‘you’ rather than a ‘he’. And that, my friends, is something so imaginatively enthralling. I have never read a book that describes one of the main leads as if the narrator is speaking to the reader themselves, and the enticing effect that this had on the book as a whole was exceptional.

The Year I Met You was a delight to read and I would definitely read it again. A fairy simplistic yet intriguing story about Jasmine – a self-dependent workaholic constantly hustling on the two important things in her life; her companies (which she sets up to sell) and her older sister Heather. So when she loses her job and is made to stay put on gardening leave for 12 months, Jasmine starts to pay attention to her surroundings a lot more – specifically her neighbours, or a particular neighbour who she refers to as ‘you’ throughout the novel.

This book is told in such an ingenious manner that the reader thinks that they are the ‘you’ that Jasmine speaks of when talking about her neighbour. The reader is kept on the curve, just waiting for this strange and enigmatic relationship that Jasmine and her neighbour – Matt Marshall – form in the duration of the book. A relationship that although, initiates with a mutual dislike ends up fusing into a strong friendship that changes both of their lives around.

The Year I Met You is about the year that Jasmine loses her job, starts gardening, gets to know her neighbours (especially beer-drinking, front-lawn sleeping irresponsible radio DJ Matt), falls for a head hunter, has a duel with her father, follows her sister to another city and becomes the subject of a support group consisting of the most unlikely and peculiar group of people in her life.

The Year I Met You is the year that Jasmine finds an unimaginable friendship with a man who she originally loathed because he represented every single thing that she wanted to protect her sister from, or so she thought.

It is a wonderfully written, beautifully conceptualised and stylistically unique book. It is a must read for every single lover of Cecelia Ahern and especially for those who agree that the most beautiful form of love is friendship, as that has the potential to change so much more in your life than you would imagine.

I adore Cecelia Ahern and this book was one of my favourites written by her. The writing tool that she used to create this rare narrative is one that I will definitely note down. Overall, this book was a 4.5/5 for me and I hope you all enjoy it too!